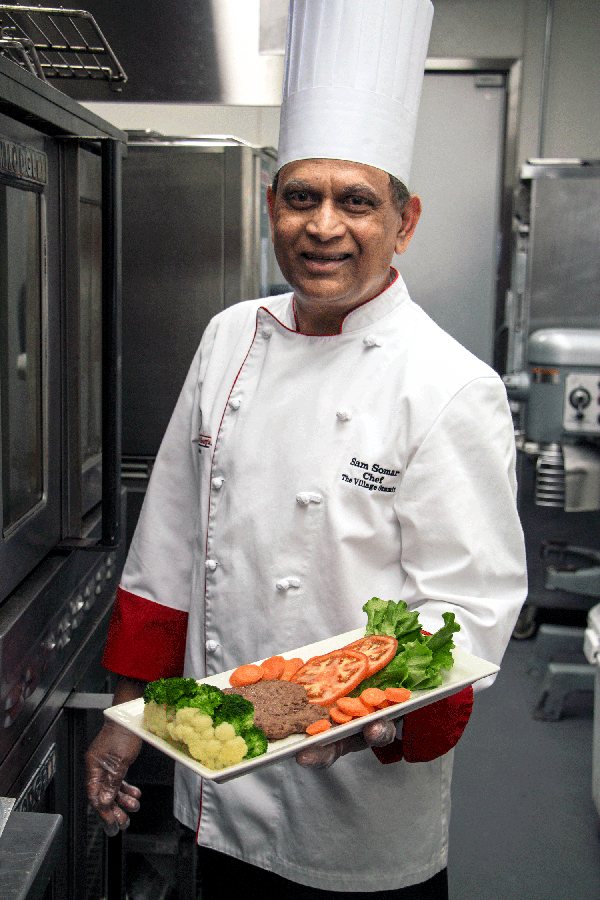 Chef at the Village Summit
somare@uga.edu

My curiosity for cooking began as a young boy in British Guyana, South America. My father was an amazing cook who inspired me and allowed me to develop my enthusiasm for cooking. Around the mid 1970’s, as a young man in my 20’s, I left my country and moved to Bronx, New York. I began my career in the restaurant business as a Garde Manger in a five star restaurant in Manhattan. Eventually, I was promoted to Line Cook and then began my upward climb through the kitchen ranks. I worked in many restaurants throughout New York City over the years, including Tavern on the Green in Manhattan’s Central Park where I gained culinary experience from the restaurant’s head chef.

By the 1980’s, I became the Executive Chef at an outstanding restaurant in Flushing, New York named the Amber Lantern, where I met my beautiful wife. When the restaurant closed in the early 90’s, I secured a position as Executive Chef at the Douglaston Country Club in Queens, New York. In 2009, while chef at the country club, I helped prepare a four course, wine tasting event alongside Italian author, wine expert, restaurant owner and television chef Lidia Bastianich. After 20 years at the country club, I relocated to Georgia and opened my own restaurant called Captain Billy’s Steak and Seafood near Helen, GA. After some time, I received an offer that I couldn't refuse for the restaurant which resulted in me selling the location. I came to UGA as a cook in 2012 and now work as the chef at The Village Summit.